Woman writes a list of 53 things she wants in a man and gets 51 of them.

In September of 2015, Sarah, was challenged by her life coach to write down a list of all the things she wanted in her next relationship.  In other words, she was to describe the man with which she wanted to spend the rest of her life.  So Sarah calls one of her best friends for dinner and enlists her aid in creating this list.  Little did Sarah know that she would describe in detail a real man that would one day show up in her life.

Writing down a list of the qualities, attributes, and traits of the person you want in your life is nothing new.  For years, relationship coaches have been asking their clients to do this simple task.  After all, one cannot recognize the things one wants in another person until they have been clarified and brought into conscious awareness.  Most of the time, people list around a dozen attributes, sometimes a few more, sometimes less.  It is common for coaches to want their clients to keep the list short so they actually have a chance to meet a person with those qualities.  There are more people in the world with the same six attributes as opposed to thirty or more.

But when Sarah sat down to dinner with her girlfriend, she had no intention of limiting her list.  “I thought, if I’m going to describe my ideal man, I might as well make sure I get what I want,” Sarah told me.  So anything that came to Sarah that night, she put on her list, holding nothing back.  By the time she was finished, she had listed 48 items.  That would expand to 53 as she thought of more over the next few days.  As one can expect, Sarah’s coach was not happy with such a long list and urged her to greatly pare it down.  She refused.  Somehow, Sarah knew that the man she had described on her list was out there.

Fast forward to present day January 2019.  Sarah and I had met in 2018 and just moved to Southern California (Yes, this Sarah is my partner and co-founder of Partnership and Love).  She had told me about this list, but I hadn’t seen it until she dug it out while unpacking some boxes.  As she read me the list, I was struck by how many things described me so well.  There are two things that were close.  I’m not six feet tall – that’s one.  I also don’t like to decorate for holidays, though I like the holidays – that’s two.  Everything else I can say I definitely own.

As for me, I also made a list, but never wrote it down.  My only requirements were that she had attended the PSI Women’s Leadership Seminar, and that we were friends first.  Well, I got both of those!  For me, my list was more thematic as I knew if she fulfilled these two things, then many other great qualities I wanted would follow.  And indeed, there are so many more great qualities that I got with Sarah.

WE ATTRACTED EACH OTHER INTO A PARTNERSHIP

After we examined each other’s list, we don’t find it at all outside probability that we found each other.  After all, for Sarah to attract me, she had to be all those things on her list that I am already.  And for me to attract Sarah, I had to be those things on my list, which I am (though I attended the PSI Men’s Leadership Seminar).

So whether you are very specific, or have an overall theme with the items on your perfect-partner list, trust that this powerful exercise will attract him or her into your life.  But be careful what you put down, you just might get it!

Thank you so much for reading!

Get our free newsletter & learn about upcoming events

There's no better time than to start now!  Set up a complimentary appointment.

Register For Pathway To Partnership I

A 2-day intensive course in San Diego, CA for getting you started as fast as possible to the relationship of your dreams through Partnership.

A set of 90 love exercises proven to stengthen and improve your love fitness!  Complimentary to you, from us at Partnership and Love.  Get started today! 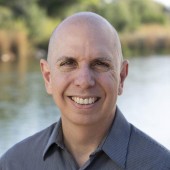 Chris Enni is a Partnership facilitator, coach and co-founder of Partnership & Love. He has studied Partnership with Riane Eisler and Alison Armstrong, and is dedicated to bringing Partnership to the forefront of personal and professional relationships. "Partnership is a synergistic relationship!"

4 Steps to Heal the Hurt Feelings in Your Relationship

The Question That Kills Relationships, Part I